The benefits of physical activity on cognitive functions

It has been observed especially that seniors who practice regular aerobic activity, that is to say an activity that makes them a little breathless, reduce the risk of cognitive decline by almost 20% in the next six years. In addition, practicing activities requiring a cognitive challenge on a daily basis would reduce the risk of developing Alzheimer’s disease by five. (Casaletto et al., 2020)

The brain, an essential and complex organ

The brain is an essential organ for our body. It is made up of different regions which each have a role to play. Messages from the brain are transmitted to the part of the body concerned thanks to its incredible nervous network made up of billions of fibers. Its functions are multiple.

The brain controls:
– muscles
– tissues
– the organs of the body
– movements
– the senses
– the more automatic functions of the body such as respiratory rate, blood flow or even body temperature.

The brain is also essential in managing emotions, memory, and social behavior, among others. 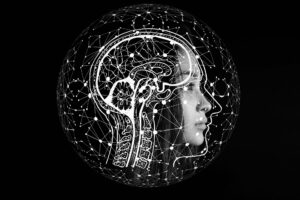 Cognitive functions are essential in everyday life. They are led by the brain. They encompass everything related to knowledge and in particular allow us to communicate, learn and perceive our environment.

Cognitive functions include many areas:
– attention: be aware of your environment, be able to concentrate on one task, or even several simultaneous tasks.
– memory: it can be retrospective (past event, memory of my grandmother’s cakes), prospective (future event, don’t forget to buy bread at home), procedural (I remember very well how change the tire of a car!), the semantics (the date of Columbus’ discovery of America escapes me …), or even working memory, that is to say to process and manipulate data for use when writing the phone number).
– language: oral or written, it breaks down into several stages. Formulate the message and send it, or receive and interpret it.
– visuospatial functions: they make it possible to adequately perceive objects in space, to find their bearings, to orient themselves, to evaluate distances for example.
– processing speed: among all these messages that go to the brain, each mental operation is initiated, then executed at a certain rate. I see an object fall, I tell my brain to reach out to grab it, and the operation is started and performed so quickly that I could catch it before it hits the ground. Or on the contrary, I have the impression that between the moment when I ask my body to walk andwhen I finally manage to take the first step, there is a lot of time…
– executive functions: they make it possible to plan (an effective strategy to carry out an action), to inhibit (resist distractions), to be mentally flexible (by adapting to changes), to judge (by evaluating the best alternative in a given context), and finally to give meaning to self-criticism (thus being able to assess one’s capacities, behaviors and difficulties).

The brain feeds on sugar, oxygen and nutrients, which are supplied by the blood. Blood irrigates and maintains neural networks. When you move, there is more blood flow to the brain. It is therefore better fed. A well-fed brain is a better functioning brain.

Physical activity can even influence the volume of certain areas of the brain (Meng, Lin, & Tzeng, 2020). Each area of ​​the brain has a specific role. The hippocampus, for example, plays an important role in memory, inhibition, and visual-spatial functions. A larger hippocampus will be more efficient at accomplishing the cognitive tasks for which it is responsible.

Moving keeps the body in good condition, especially the brain! 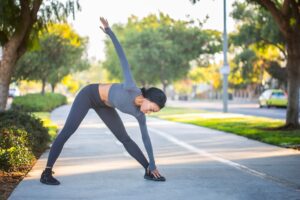 The practice of physical activity is a wide field. There are many different ways to train, depending on the goal. Duration and intensity are important factors to consider. One study followed women for 8 years who reported their daily walking periods. Women who walked at least 1.5 km per day were 15% less likely to decline cognitively. (Yaffe, Barnes, Nevitt, Lui, & Covinsky, 2001).

Finally, some scientists were interested in the effect of resistance and balance training on cognitive functions (Eckardt, Braun, & Kibele, 2020). One of the research groups trained in resistance, on training equipment, and the other group also trained in resistance, but without load on unstable surfaces (squats on Bosu, lunges on blocks of foam). After training two days a week for 10 weeks, they re-passed the tests performed at the start of the study, assessing: working memory, processing speed, response inhibition and cognitive flexibility. The group that trained in unstable resistance improved significantly in the first 3 tests, unlike the stable resistance group. This type of physical activity influences the nervous system at different levels, such as neuroplasticity and neurotrophins.

All these studies confirm that it is important to train your body and your brain by choosing an appropriate physical activity. Whether it’s resistance training or aerobic physical activity, there will be benefits for your brain. Ideally, you should bet on a combination of these different training methods and above all, make it a daily habit!

may also interest you

The impact of the COVID-19 crisis on Parkinson’s disease

The benefits of physical activity on multiple sclerosis

The benefits of physical activity on cognitive functions